Mapleton’s Air Force JROTC cadets hosted their annual 9/11 Ceremony this morning, Sept. 8, at DiTirro Stadium, in advance of the 21st anniversary of the Sept. 11 attacks. The event honored not only first responders and civilians who died that day, but also military personnel who have been taken prisoner or are missing in action, as well as those who continue to fight terrorism.

“We wanted to give the recognition they and their families deserve,” said Cadet Captain Emily S. “9/11 was such a big, historical event where so many people acted so selflessly that we wanted to honor their sacrifice.” 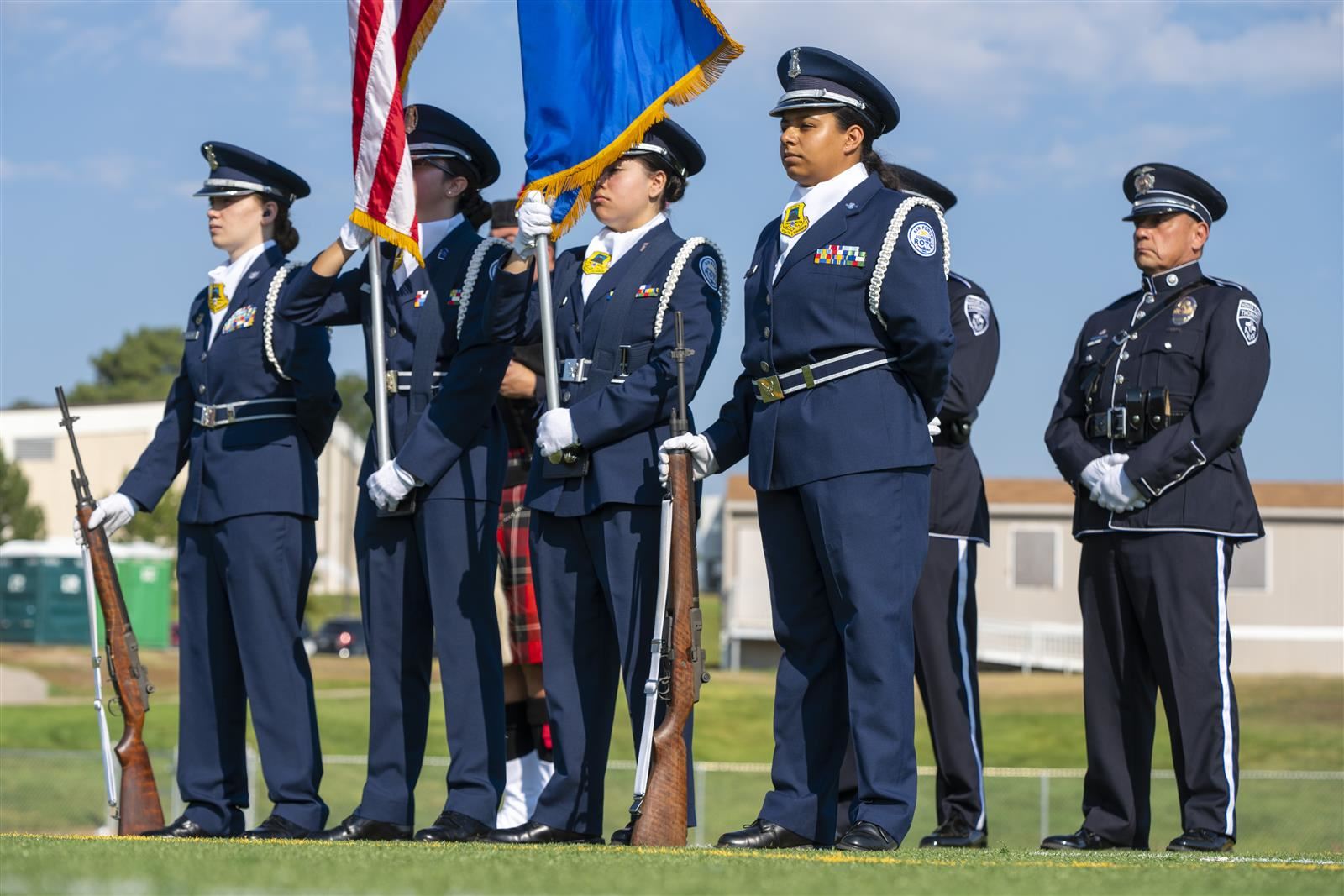 Representatives from Thornton’s police and fire departments and all four armed services attended the event, which included a moment called the “Striking the Four Fives.” This ringing of a bell five times in four sets, today accompanied by the sound of a fire engine siren, is a time-honored sign of respect for firefighters who died in the line of duty.

Much of the ceremony’s field activities were coordinated by the cadets themselves, from the commands they called out to the timing of the script. The squadron practiced so diligently that not even a fingertip was out of place during salutes.

“It’s important to do those things properly because we’re not just representing our schools, but the U.S. Air Force, an organization way bigger than ourselves.” Cadet Lieutenant Colonel Sharon N. said.

The Mapleton choir and band shared beautiful performances of the National Anthem and other patriotic songs, such as “America the Beautiful.”

“None of these young folks were alive when it happened, so once a year we need to remember this terrible event and look forward,” he said. “We need to be unified as a country, unified as a district and let moments like this show how great we all are as a nation.”